Why Ightam Mote is Important for Architects 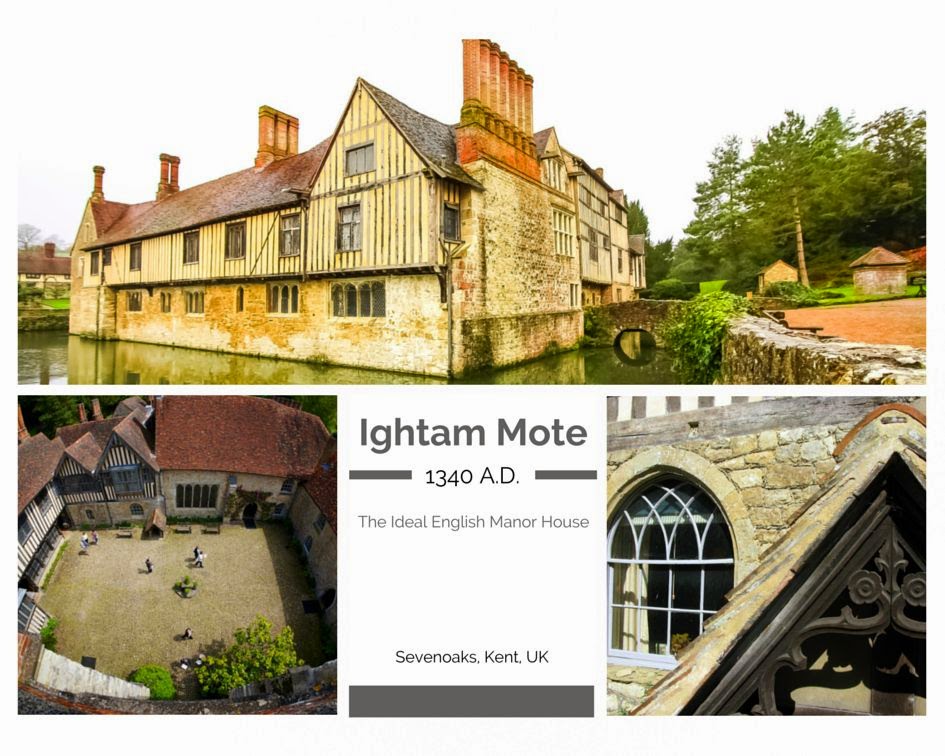 I had the opportunity to visit a heritage site during recent travels to Britain. What I found was astonishing.

Like all historical architecture, it tells us as much about our collective history as written documents or history books. We just need to interpret the architecture within the context of the times. Thankfully Ightam Mote has not been destroyed the past seven hundred years, and plenty of original features are preserved. You see, there are two very important features of Ightam Mote. The first is the mote, of course, and the second is a courtyard.

During the 14th century when Ightam Mote was first constructed, there was no powerful central government. Instead regional fiefs often competed for resources and prestige, and the manor house served as the center. Some manor houses served as marketplaces, but it is unclear if this was true at Ightam Mote. Sometimes neighboring fief-doms would attack, so it was necessary to defend the manor. Hence the need for a watery moat, and a central courtyard to protect the peasants.

In exchange for protection, the peasants would labor in the fields and pay taxes to the lord of the manor. This system later broke down, and was replaced by systems of labor more similar to our own. By understanding this transition, we can understand our own ideas of labor and compensation better. For a little more information I have included a short "History of Britain" Youtube video on how manor houses worked.


What architects can take away from Ightam Mote is its exemplary and unadulterated example of medieval architecture style, and while I have no evidence, I think important figures like Augustus Pugin were influenced by such examples. Augustus Pugin of course launched Neo-Gothic architecture, which in turn developed into early twentieth century Modernism. Ightam Mote can therefore be seen as a formal and functional inspiration.

I also found an amazing restoration video about the manor house. Ightam Mote is also important because the Herculean restoration efforts in 2003 are astonishing. The amount of time and money to restore the site to original condition is remarkable. What the restoration architects teach us is that the old way of building is superior to new techniques. The old construction methods are time tested, and are guaranteed to work, even if workers prefer new building methods. Watch the “Time Team” YouTube video at the 27:00 min mark.


Have you been to Ightam Mote?  Do you have anything to add to this story?  Is Ightam Mote important for architects?  Let me know in the comments.
Labels: Architecture
Newer Post Older Post Home

Gothic Architecture: My Thesis and Where to Read It